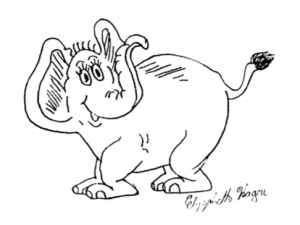 Before It’s to Weak to Defend You!

After practicing law in the private sector for over 16 years, I answered a calling to public service as a Milwaukee County Circuit Court Judge in Children’s Court, where I dedicated myself to strengthening families, protecting children in need, keeping the community safe, and treating all participants in the court system with dignity and respect. I then served as a Wisconsin Court of Appeals Judge, reviewing decisions made at the trial court level and writing opinions in all areas of the law. I am honored to bring over 19 years of experience in the legal and judicial professions to our State’s highest court. Serving the people of Wisconsin as a member of the judiciary has been the most rewarding experience of my professional life, and I am grateful to those who expressed confidence in me with their support and votes. I humbly ask the voters of Wisconsin to retain me as their Wisconsin Supreme Court Justice.

I became a judge because I care deeply about Wisconsin and its many communities. I was born and raised in the city of Milwaukee. After my Dad lost his job in the 1980s recession, my family struggled like many Wisconsin families. But I was blessed with parents who instilled in their four children a strong work ethic, the importance of education, and the value of a strong family. My sisters are stay-at-home mothers. My brother is a public high school teacher. My family’s experiences gave me a unique appreciation for the challenges faced by families all over our great state.

I am committed to the rule of law and applying the law fairly and impartially. When I proudly took the Oath of Office, I swore to support the Constitution of the United States and the Constitution of the State of Wisconsin. I understand my duty to apply the law as it is written and not as I may wish it to be. I have faithfully exercised this duty in hundreds of cases as a judge on the Milwaukee County Circuit Court, the Wisconsin Court of Appeals, and as a Justice on the Wisconsin Supreme Court. It is my honor and privilege to serve the citizens of Wisconsin.

The role of a justice is to interpret the law, not invent it. The people of Wisconsin are best served by justices who understand and embrace their duty to state what the law is, not what they prefer it to be. Justices should defer to democratic processes that result in the creation of laws by legislatures and not attempt to impose their policy preferences in their decisions. It is essential to our system of justice to have independent justices who will apply the law impartially, free of political agendas.

America was founded on the principle that Constitutional laws enacted by the people’s representatives in the legislative branch of government are to be upheld by the judicial branch, not second-guessed. Laws are appropriately subject to judicial review, not a judicial veto. The judiciary should defer to legislative policy choices, not impose their own. Justices must apply the law as it is written, and should be guided by principles such as judicial restraint and respect for the separation of powers among the three branches of government

Justice Bradley has the endorsement of the majority County Sheriffs, over 60 County and Municipal Judges , Justice David Prosser and Michael Garbelman, and District Attorneys. She also has the endorsement of several law enforcement Associations, the Wisconsin Farm Bureau, Realtors, Restaurant Association and Wisconsin Right to Life. She was appointed to the Supreme Court in 2015 by Governor Scott Walker following the death of Justice Crooks.

April 5, an Important Date for All of Us!

And now there are three. What a difference a year makes when we think of all the candidates who had announced they were running for the highest office in the United States and some that were still thinking about it. I believe the number was 17 for the Republican nomination. On the ballot there are 12 names as the selection of the names was determined when there was still these viable candidates for the office of President. The three candidates that are left that have not suspended their campaign are Ted Cruz, John Kasich, and Donald Trump.

Your vote on April 5 for the nomination for the Republican Candidate is very important as no candidate has the necessary 1237 delegate votes needed to make them the nominee for the highest office of this country before the convention at this time. This is the first time that it looks like there will be a “Brokered” convention in Cleveland, Ohio in July. Two other times in my history of voting it looked like there could be a brokered convention for the Republicans and that was in 1968 when New York Governor Nelson Rockefeller said there was dissention in the Richard Nixon delegation but Nixon went on to win the nomination on the first ballot.

Also in the 1976 when President Gerald Ford had a slight lead in the popular vote and dele- gates before the convention, but he did not have enough delegates to secure the nomination but he received the necessary support on the first ballot to edge out Ronald Reagan on the first ballot. That was the last time Republican Presidential convention was without a nominee having been decided in the primaries and caucuses until today.

For more information on Brokered Conventions go to https://wikipedia.org/wiki/Brokered_convention There is an underline between Brokered and convention

All 42 of Wisconsin’s delegates to the Republican National Convention are allocated to presidential contenders in this Wisconsin Presidential Primary.

National Convention Delegates are bound by the results of the primary unless either released by the candidate or the candidate fails to receive at least 1/3 of the total votes cast in any vote for nomination. [Article X Sections 3. and 4.]

Saturday 14 May 2016: State Convention. The statewide delegates are selected by the candidate receiving a plurality of the statewide votes and ratified by the State Executive Committee.

What is a Brokered National Convention?

In United States politics, a brokered convention, alternately referred to as a contested convention, and sometimes as an open convention, is a situation in which no single candidate has secured a majority of delegates (whether those selected by primary elections and caucuses, or super delegates) for the first vote for a political party’s presidential candidate at its nominating convention.

Once the first ballot, or vote, has occurred, and no candidate has a majority of the delegates’ votes, the convention is then considered brokered; thereafter, the nomination is decided through a process of alternating political “horse trading”—(super) delegate vote trading—and additional re-votes. In this circumstance, all regular delegates (who may have been pledged to a particular candidate according to rules which vary from state to state) are “released” and are able to switch their allegiance to a different candidate before the next round of balloting. It is hoped that this extra privilege extended to the delegates will result in a re-vote yielding a clear majority of delegates for one candidate. The term “brokered” implies a strong role for political bosses, , more common in the past and associated with deals made in proverbial “smoke-filled rooms”, while the term “contested” is a more modern term for a convention where no candidate holds a majority but the role of party leaders is weaker in determining the eventual outcome.  Super delegates votes are counted on the first ballot. Although the term “brokered convention” is sometimes used to refer to a convention where the outcome is decided by super delegate votes rather than pledged dele- gates alone, this is not the original sense of the term. Like a brokered convention, the potentially decisive role played by super delegates can often go against the popular vote from the primaries and caucuses.

Republican Party under Rule 40b of the rules, a candidate must have the support of a majority of the dele- gates of at least eight states in order to get the nomination. Rule 40e then states that if no candidate has received the majority of votes, “the chairman of the convention shall direct the roll of the states be called again and shall repeat the calling of the roll until a candidate shall have received a majority of the votes.

The last winning U.S. presidential nominee produced by a brokered convention was Franklin D. Roosevelt, in 1932.

Last but not least, on April 5 we vote for non-partisan office holders. We need to vote for a new Mayor, aldermen for the 2nd, 4th, and 6th districts, Municipal judge (he also serves Village of Bonduel) for the city of Shawano.

Also on the ballot will be school board members for the school districts across Shawano County.

We also have to vote on Shawano County Supervisors and some of the incumbents have an opponent this year. Please research the candidates so that you vote for the person who best represents you and your philosophy.

Monthly Meetings of the County Committee of the Republican Party of Shawano County are held the third Tuesday at 12:00 noon. Starting in 2016 we are meeting at The Lighthouse at W6440 Gumaer Road, Shawano. Call Craig at 715-745-6292 for information about upcoming events.

Other dates and events will be published as they become available or you can call Chairman Craig Carlson or any of the other officers.

We do not share our membership list with any candidates or their campaigns.
If you have any questions about membership in the Republican Party of Shawano County you can call Darlene at 715-304-9400 or email at badross@shawanonet.net